At present, the main development is in the sodium sulfate production line project at the Henghsien County glauberite mine. The sodium sulfate industry is extensive with a wide range of applications, from daily necessities to aviation defense technology using vast quantities.

The Henghsien glauberite mine has a proven reserve of 526.77 million tons, with Na2SO4 content at 98.62 million tons, which is designated as a large mine. Since the designation, the company began drilling again, and an assessment by Australian Mining Consultant SRK confirmed that the mine reserves exceeded 526.77 million tons. The company has completed all the necessary preliminary work including environmental impact assessment and also obtained a mining license for glauberite (Certificate no: C4500002011076210115236) issued by the Guangxi Department of Land and Resources. The company plans to invest 420 million yuan into this project. From a mining area of 543 acres, it aims to extract 4.3 million tons of glauberite with an annual output of 500,000 tons of sodium sulfate.

Since 2005, the company has continually obtained mining rights to extract from an area covering 173.84 square kilometers at a region 50 km from the region capital Copiapo in Chile. In recent years, through the exploration of some areas (about 28 sq km) and the verification of multiple drillings of length exceeding 10,000 meters, 160,000 tons of copper oxide ore was obtained. After further testing of the copper oxide ores, it was concluded that the leaching effect of oxidized copper ores in mining area is good, with a ratio over 82% and low acidity. The leaching test and the report was issued by the Copiapo mine for the good leaching properties of its oxidized ore. 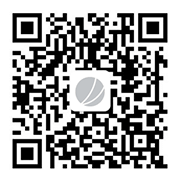